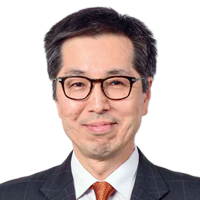 Dr. Etsuro Hirai began his career with Mitsubishi Heavy Industries, Ltd. In Hiroshima Research and Development Center, Machinery Laboratory in 1983, and involved in the development of heavy machinery, mainly for metal manufacturing processes. From 1991 to 1993, he studied at the German Aerospace Center in Germany, and in 2004, he began development of X-ray therapy equipment. In 2011, he was assigned as Deputy General Manager of the Mitsubishi Heavy Industries Industrial Machinery Business Technology & Solution Division, and in 2014, he was appointed Senior Chief Engineer of the company’s Machinery Equipment & Infrastructure, Business Strategy Division. Since 2015, he was served as Chief Technology Officer(CTO) of Primetals Technologies Limited, supervising technology in the Primetals Technology Group, and in 2018 he was concurrently assigned as President of Primetals Technology Japan.