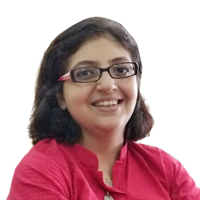 Dr. Debjani Nag, joined R&D, Tata Steel in 2008 after completing M.S in chemical engineering from IIT, Bombay. Subsequently, she completed her doctoral study from IIT-ISM. She is presently working in coal and coke making research group of R&D, Tata Steel. Her research interests are- advanced characterization of coal and coke, different pre-carbonization techniques in coke making. Currently, she is working in utilization of non-coking coal in coke making. She has published more than 20 nos. of research papers in reputed journals and also has over 15 patents in the area of coal and coke making.

Abstract: R&D of Tata Steel has in its work on Coal and Coke has discovered a new way of crushing coal so as to improve the proportion of Non-coking Coal that can be used in Cokemaking. The new crushing method exposes a larger proportion of vitrinite thereby enabling higher proportion of non-coking coal to be used. [Status: Has been proved at the laboratory and pilot scale (200kgs)