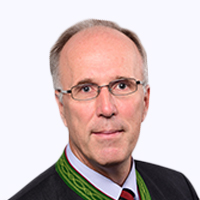 Completed his master’s degree in Metallurgical Engineering at the Montan-University of Leoben in 1989. In the same year he joined VOEST-ALPINE Industrieanlagenbau in Linz and began in the COREX department for where he worked as a research and development engineer and product. In 2002 he returned to Austria to be responsible for the Sales of COREX and since 2008 for complete direct and smelting reduction (COREX, FINEX, MIDREX). Since Oct. 2013 in parallel he became Board Member and is heading the Technical Committee of the IIMA (International Iron Metallics Association).

Abstract: This innovative approach converts carbon and hydrogen-rich off-gases, such as coke oven gas, blast furnace top gas and also converter gas into liquid based energy sources through a biological gas fermentation process to produce preferably ethanol or other chemicals. To produce ethanol, an integrated fermentation system with additional downstream installations is required to treat the fermentation product and waste streams. The treatment of the fermentation waste streams results in a number of by-products, usable for internal or external applications. By returning the by-products to an integrated steel plant or recovering the inherent energy, the fermentation system can be operated in circular system, with minimal waste. The first European commercial scale application of this technology is being developed at the ArcelorMittal steel plant in Gent with the objective of producing 80 million liters of ethanol per year to be used as renewable transport fuel.

Abstract : The FINEX Process has been developed jointly by POSCO, Korea and PRIMETALS Technologies Austria, to provide the iron making sector with the capability to lower hot metal production costs, environmental pollutions and to increase the flexibility in terms of operation and the choice of raw materials. FINEX® is a new technology combining a gas-based reduction in a series of fluidized bed reactors and a reduction smelting in a melter gasifier. The innovative process concept of FINEX produces hot metal identical to the blast furnace route, however without coke oven and sintering plant. Commenced in April 2007, the first 1.5 mtpa commercial plant has demonstrated the competiveness as an alternative iron making route. Another 2.0 mtpa third generation FINEX plant was installed at POSCO, Pohang Works and has been operating satisfactorily since its blow-in in January 2014.