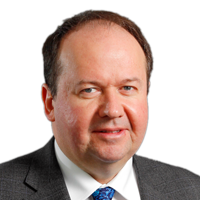 Mr. Antonello Mordeglia graduated in Electronic Engineering; he worked for 11 years at Ansaldo Industria as a HW design engineer and start up engineer in marine, paper, cement, metals industries. In 1992 he moved to Thailand as a branch manager of Ansaldo. In 1996 he moved to ABB as an Asia Pacific Regional Manager. In 2000 he joined Danieli Group as a Central Sales Manager for South-East Asia and between 2004 and 2012 he became responsible for Danieli Group Central Sales. In 2013 he moved to Danieli Automation. Owing to his long experience of 14 years in Asia, he is leading Danieli Engineering Japan. In 2004 he was nominated Knight of the Republic of Italy and in 2017 he was awarded the Honorary Doctor Degree in Engineering, Electrical Energy and Systems from Trieste University.

Topic: Danieli Electric Steelmaking: with Q-MELT and Q-ONE the Future is now

Abstract: Q-MELT Automatic EAF, thanks to self-learning capabilities, is able to drive the furnace in automatic mode towards the optimal operation conditions, by analyzing all the process variables to reach a given target. The MELT MODEL automatically adapts the process to reach the targets imposed by the specific production grades; it provides automatic correction of the melting profile on the L2; and it allows the consolidation of the plant best practices according to the selected KPI’s. Q-MELT Automatic EAF decreases conversion costs and increases market competitiveness.

Q-ONE is representing a completely new approach in terms of electric energy supply to EAF has immediate benefits like; precise current control on EAF electrodes, wider range of active power, power factor close to one. Electrode consumption, thermal stress on EAF panels, mechanical stress on electrodes and arms are reduced. Tap-to-tap time is shortened and electric energy consumption is decreased. The impact on electric network in terms of flicker, voltage and current unbalances, phase shift is practically negligible, since Q-ONE is decoupling the circuit that is feeding the EAF from the electrical distribution.