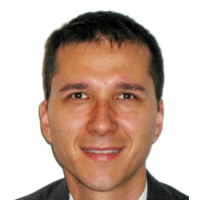 Abstract: High strength steel, advanced strength increasing concepts and solutions for lightweight construction by reducing the thicknesses until down to ultra-thin applications as well as other product properties asked for modern material design as given at pipe grades – and all at the lowest production costs. A new process achieves these defined targets: Arvedi ESP, standing for endless strip production. With precise thermo-mechanical rolling and rigorous temperature guidance in the narrowest possible operational windows, Arvedi ESP opens the door for the development of new and demanding steel grades in the shortest possible implementation time and with reduced alloying expenses on both ends, the thickest and thinnest part of typical production portfolios of hot strip mills. Low operation costs are also made possible by the most compact layout, lowest wear and the resulting energy savings coming from direct cast-roll connection and efficient temperature control by an inductive heater. Highest amounts of ultra-thin hot strips are being supplied to the market, including certain volumes traditionally produced via a cold rolling route. This is the most outstanding evolution in strip rolling, possible since the introduction of the Arvedi ESP process in 2009.